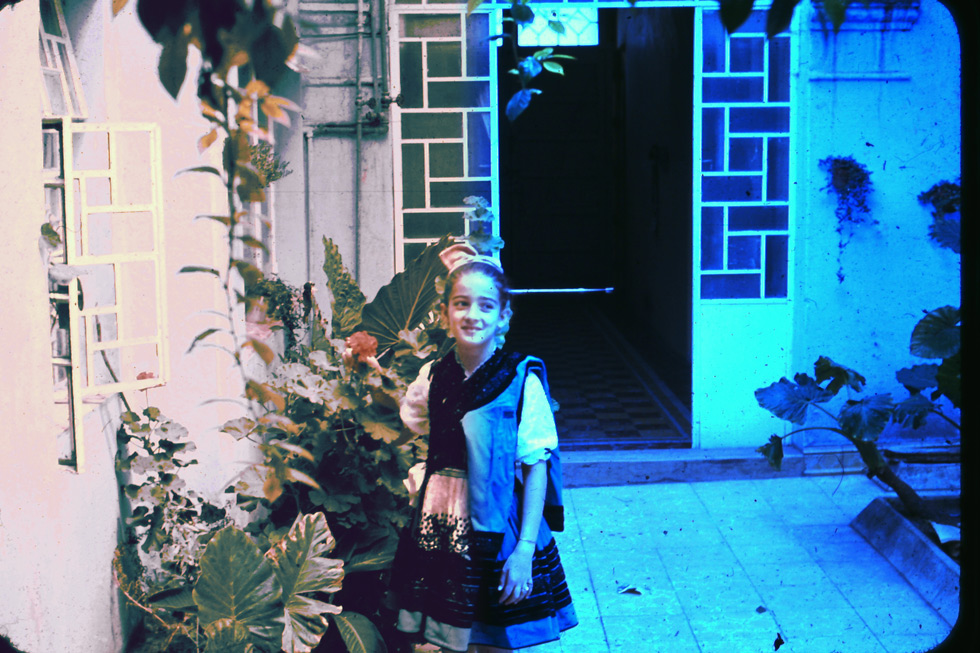 Before digital photography, we had film and film negatives from which we got our prints. And before we had the “easy” one-hour printing service, we had little diapositives or transparencies made from the original film, that were mounted on cardboard and used mainly with projectors (aka as reversal film). I still remember a day our grand-auntie dug her collection and projector out from a closet and I thought it was so cool… 🙂

A couple of decades later, it’s my parents digging out family photos from equivalent long forgotten boxes and patiently scanning them all to share them with the family. Nous voilà. Sadly, it turned out that about half the older transparencies had suffered colour shifts that may or may not have been avoided after all these years.

Ok, this first Ektachrome above is not that old and its “archival stability” is much better than older films. However, if we look at the slightly older transparencies scanned like the portrait of my mom in a cyan-coloured-world below, one would most probably give them up for lost – as if corrosion had gotten to them and there was no way back.

…Or so we thought. 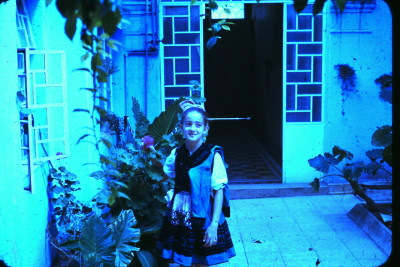 Give it up for Photoshop and the digital era. Where after about 10 different layers of filters, colour balance correction, curves, levels, etc. I got THIS: 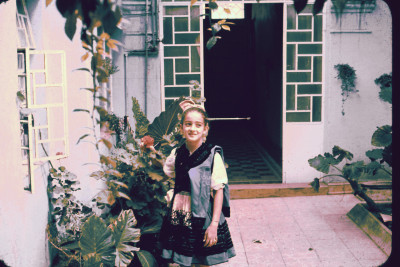 Granted, there are still some strange colours going on that could be fixed with another 10 adjustment layers, but hey!, at least my mom looks human (and damn cute) and the plants look terrestrial! 🙂

This site uses Akismet to reduce spam. Learn how your comment data is processed.